We compare multiple RV rental providers. The below answers are a general guide – however, each company has its own terms and conditions, which may change from time to time. Please make sure to check the T&Cs of your rental vehicle.

Can I get an RV with an automatic transmission?

Yes. Currently, all Canadian rental RVs compared on our site have automatic transmission. For other locations, you can filter the search results to show manual or automatic vehicles only.

Where can I camp in Canada?

Canada has many camping options – public campgrounds, national parks, and private campgrounds are all plentiful and range from $10 to $80/night. Camping in the wild is not recommended, but you are permitted to camp overnight in roadside rest areas unless it’s posted otherwise.

What is the minimum age to drive an RV?

The standard minimum age to rent an RV is 21, though some companies require the driver to be 23 or 25. A higher deposit or surcharges may be charged for drivers younger than 25.

What happens if I cancel my booking?

What happens if the vehicle breaks down or I have an accident during my trip?

The rental company will provide you with a procedure of steps to take in case of an emergency, including an emergency phone number.

Popular features within the park include the heritage Smith House, manmade Beaver Lake, and two lookouts – one over the Olympic Stadium and Jacques Cartier Bridge, the other of downtown Montreal and, on a clear day, Vermont, USA.

There is parking available on surrounding streets, as well as public transit access and trails from the central city. 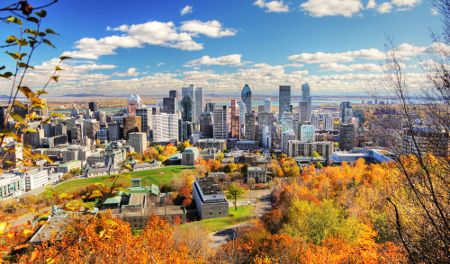 First laid out in 1818, Rue St Denis is one of Montreal’s primary thoroughfares, connecting the venerable Latin Quarter and the newly trendy Plateau Mont-Royal neighborhood.

The Rue is home to numerous bars, restaurants, and over 300 merchants.

There are several garages along the street itself, as well as within a couple of blocks to either side. 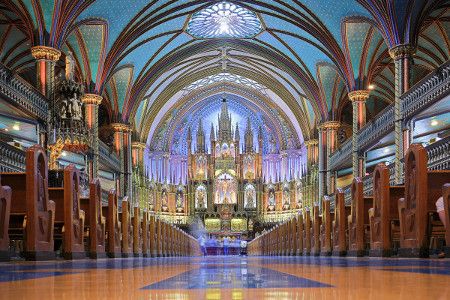 Canada’s first Gothic Revival styled church was at the time of its completion in 1829 the largest church in North America, with the capacity to hold up to 10,000 worshippers.

The highly decorated church was was by protestant Irish-American immigrant James O’Donnell and modeled after Paris’ Notre-Dame and Saint-Sulpice. O’Donnell converted to Catholicism upon his deathbed and is the sole inhabitant within the crypt.

There is some on-site parking, but also many options in the nearby area.

Serving as an entry to the city’s old port, Place Jacques-Cartier has been a center of city life for over two centuries. After an early 19th-century chateau burned down, a public square with an original title of New Market Place was established.

Renamed in 1847 for the explorer who claimed Canada for France, the square connects the waterfront to City Hall and hosts various seasonal vendors, as well as many popular eateries. Interestingly, the monument at the western end – Montreal’s oldest – is of the English admiral, Lord Horatio Nelson.

Although the square itself is designed for pedestrians, it is centrally located, meaning there are a few parking options nearby. 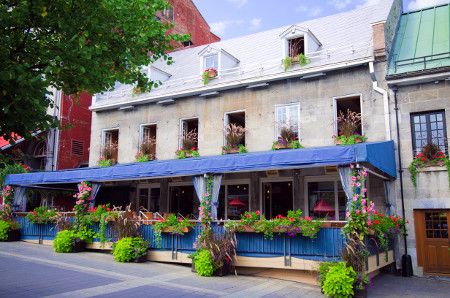 A restaurant at Place Jacques-Cartier

Sitting atop Westmount Summit, adjacent to Mont Royal, St Joseph’s is currently Canada’s largest church, with one of the largest domes (~300 ft in height) of its kind in the world.

The tallest point in Montreal, St Joseph’s is a popular pilgrimage destination. Constructed 1904-1967, this Italian Renaissance-styled building provides one of the best views over the city and is accessed by 283 steps. 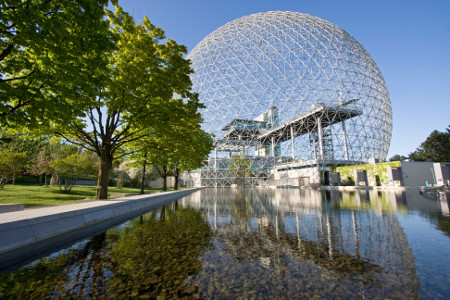 Other Locations in Canada